At some point in the year 2020, you volunteered for a brain-machine interface trial. You were assured that it would all be completely safe, but the technology was still very new and unpredictable. Something went horribly wrong while you were hooked up, and you were presumed dead.

How can humanity forgive itself for all of the things that it never became?

The inevitable march of technology carried endless potential to improve the lives of everyone in society, but instead we found ourselves nostalgic for the futures that we imagined so long ago.

Haunted by what never was, this new world reeks of grime and greed. A small handful of uncaring megacorporations have a monopoly on the last of the earth’s resources, and allowed a thick black smog to creep over it as they profited. They treat entire city districts like private property, and their shareholders have altered themselves with so many genetic and bionic enhancements that they are beginning to resemble a new species entirely. If you don’t have money, you’re on your own, and there isn’t a lot of money to go around when most of the jobs are taken by robots. The majority of the population rely on a pittance of UBI or are forced into petty crime.

You wake up in a lab, terrified, as nothing but a bunch of cheap sensors hooked up to a computer system. The cluttered room contains a team of researchers who quickly gather around you looking thrilled. They very calmly explain that although the contract you signed a few decades ago means you have waived your right to sue the company, as a gesture of goodwill you are to be awarded a 5% discount on all NeuraCorp products for the next six months. You try to scream but you have no mouth.

Salvaging your data was an effortless PR stunt, but still probably the only kind thing anyone will do for you again in a while. After a couple of hours, you are allowed to pick a new body of your favourite aesthetic out of a lineup of deceased un-augmented convicts from NeuraCorp’s own private prison, given a citizenship ID, and are then practically kicked out of the door onto unfamiliar city streets. The NeuraCorp logo sits tattooed on your neck. It’s raining.

Welcome to Vitaria, a metropolis that seems to sprawl endlessly in every direction. No matter where in the city you are, you’re never really far from noise and mayhem, poverty and violence, and a thousand neon billboards echoing harsh light into your vision. Every type of thing and every type of person can be found here if you look hard enough, but don’t expect anything for free. People have to look out for themselves, to the point where even the crowds carry a sense of loneliness about them.

You have to make your own way in the world for now. 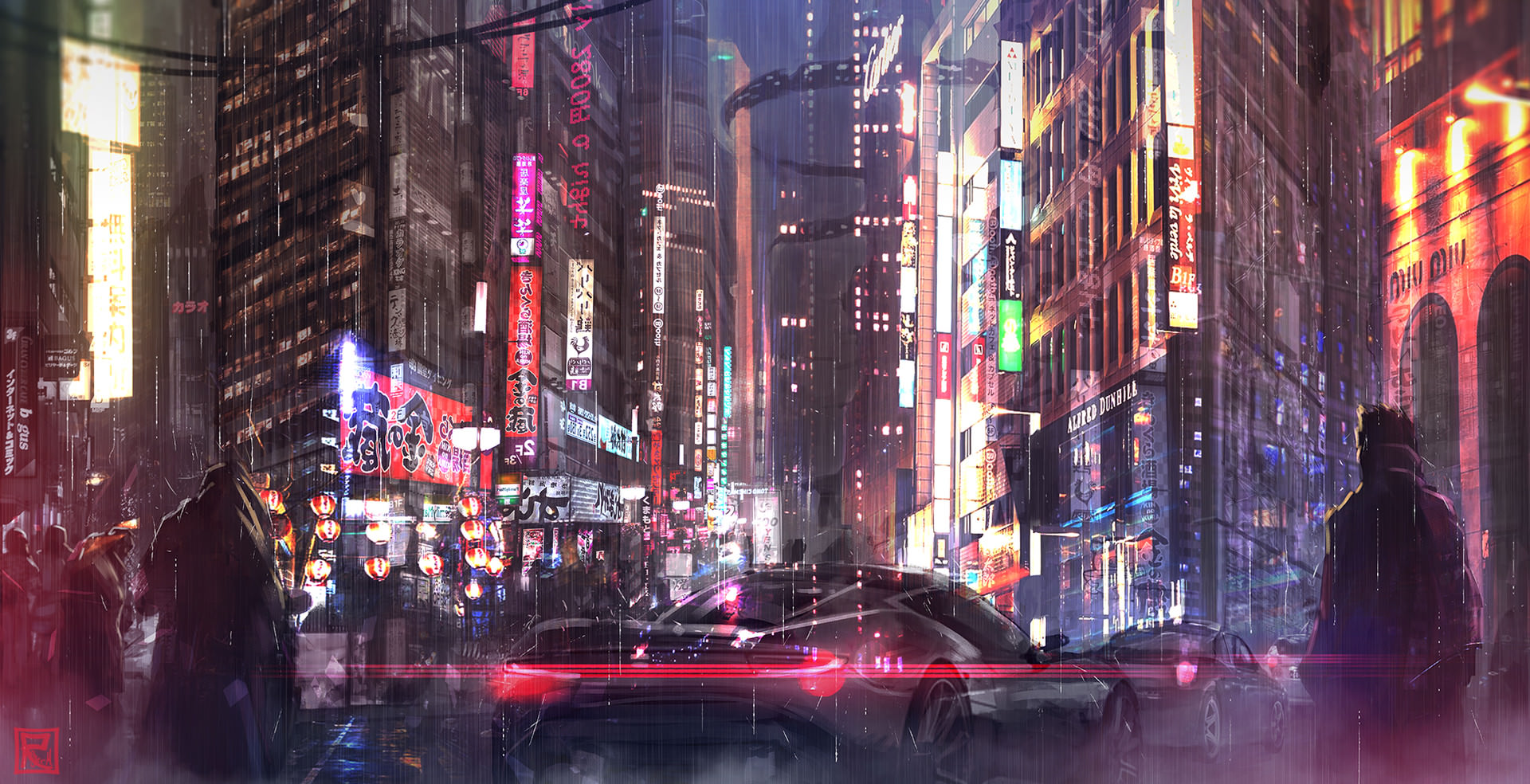 Each stat must always be at least 1 in order to maintain basic life functions, so the most you will be able to allocate to any one category right now is 6 points. Through genetic and bionic enhancements on later pages, you can raise your stats far beyond the limits of an un-aug human. The most you will ever need in any category is 10.

You receive 1500 starting credits as your yearly UBI payment. You can imagine that this CYOA covers the first year of your adventure.

In later pages, there will be further opportunities to make money, as well as plenty of things to spend it on.

basic mode: if you can’t keep track of too many numbers right now, or want a much shorter story, you could skip the recording of points. scroll down to cybernetics- transhuman living and assume you have 2000c.

Rent a premium body from NeuraCorp to get some early genetic enhancements! The cost of this is a mere 25% cut of your future income, from any source, but it will give you an extra 3 points to spend as you please on your three base stats. You can only take this offer before spending anything in the next section.

You’ll probably need somewhere to stay. Not everyone here can afford to live in anything much better than squalor, but the quality of accommodation varies a lot, and the city’s richest live in abundance and luxury. Here’s an overview of places you could rent. The prices listed will cover you for the entire year.

The level of surveillance, as well as the value of the property, may affect a number of things down the line. For example, it is much harder to be a criminal if you’re constantly being watched, much easier if you’re not, and certain companies will only take people on if they can pass credit checks to confirm that they’re not economically vulnerable.

You should purchase one of these options immediately, but can return here later to upgrade after earning some more money. If you do this, you may subtract 50% of the cost of your previous home out of the total cost of your new home.

The walled city is one of the city’s slums, and one of the most densely packed in the entire world. It’s a chaotic construction, with new buildings being built atop old ones with no oversight. Disease and lawlessness run rampant, as few there can afford medical attention or the help of the police. This would be an incredibly dangerous place to live, but always the best choice for anyone who just needs to disappear. It won’t cost too much at all to shack up here.

Many years ago, people were lucky enough that one of their biggest worries in life was the threat of nuclear war. A vast tunnel network was built by a now-defunct government in order to keep the population of Vitaria safe in case of an attack. Now, the tunnels are full of hazards and in partial disrepair. It’s still safer to live here than in than the slums, and you’ll be able to have more space to yourself. Some areas can even seem lonely. The rent isn’t too bad if you don’t mind the rats, or the muta-rats, who seem to be getting bigger.

The Megatowers are standard accommodation for people subsisting on UBI. Individual towers can hold tens of thousands of people in near-identical apartments, and these towers are spread out all over the city. You won’t have an abundance of anything here, but some love and attention might eventually make what you do have feel like a real home. You’ll at least be safe and have space to yourself to relax, maybe a good view.